When does the new Fortnite season start?

Epic games is always very mysterious about when to launch their new seasons in Fortnite, but this time it’s not that foggy. With the announcement of a new subscription the so-called 'Fortnite crew' epic made clear that the new season will start on December 2nd.

What is Fortnite Chapter 2 Season 5 about?

As of now, the new Fortnite season has arrived and is ready to play. The previous season was ended by an Event as usual, and this time it was the great Galactus, arch enemy of the X-Men, who was being defeated by all of the Fortnite players worldwide who entered the event. And now we are ready to fly in this new season, called: 'Zero Point' which is a Star Wars themed season.

The new Battle Pass for season 5 contains a lot of cool skins among which The Mandelorian and Baby Yoda. Their ship will be on the map as well, just as the gladiator arena of Manice. Besides Mando and Manice there will be some other skins in this Star Wars crossover as can be seen on the video below on what the Battle Pass has to offer.

The story of the 5th Fortnite season

The last moment of the last season we have defeated Galactus who came to the island to take over the powers of Zero Point. He pulled the powers out of the earth but we managed to take him out just in time. Unfortunately this means that the Zero Point floats above the island causing Jonesy to come to the island to solve the problem. He called in some help from Hunters, among which is Mando to help him. Below you can watch the story trailer of this season.

Below this text you can see the new and improved map for this season. Pay special attention to the gladiator arena, but also in the top left corner you see a abandoned park what might have something to do with ‘Jurassic Park’. 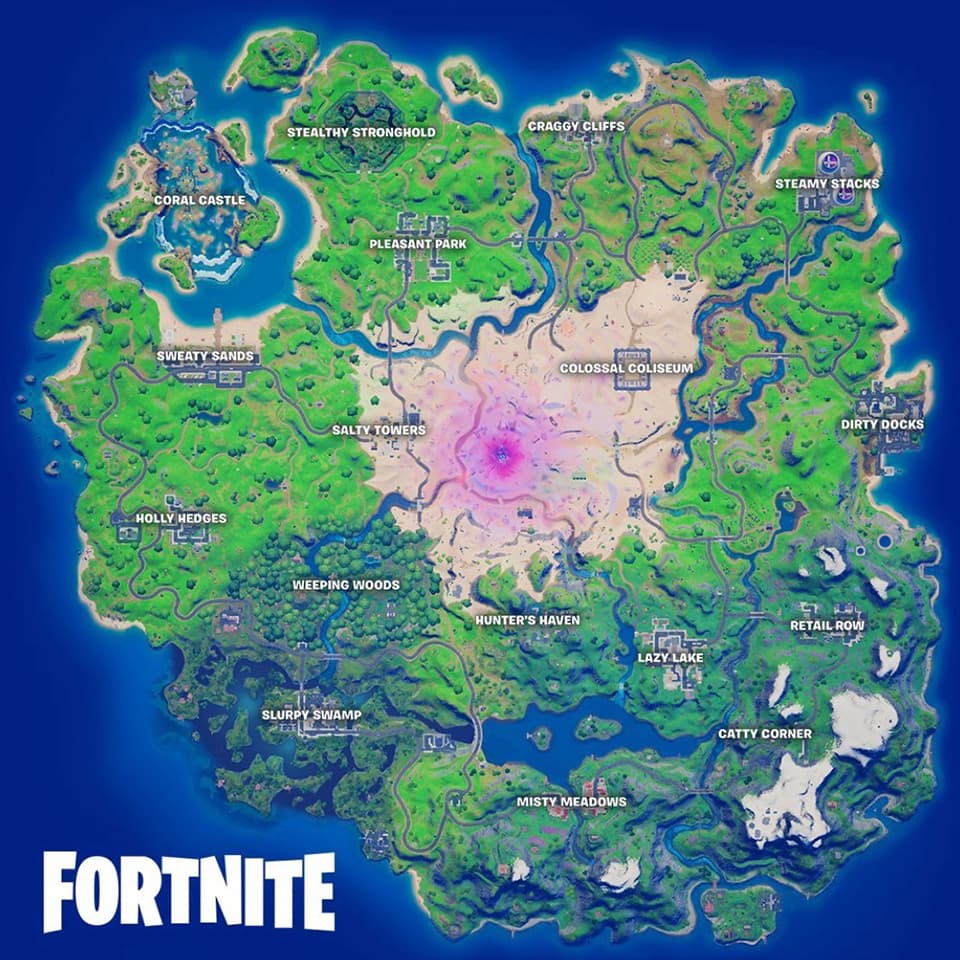