As of today, EA implemented a new team in FIFA 20. the Soccer Aid team! The soccer Aid team is filled with a lot of ICON players like Ruud Gullit, Ronaldinho, Edwin van der Sar and Diego Maradona. Normally, there is a charity match every year sponsored by Unicef, but due to the Covid-19 pandemic this match was delayed this year. Since there was no clearity of when this could be rescheduled EA came up with the solution of putting this team into FIFA 20 so that the gamers can still play with some of the greatest stars in the world.

The Soccer Aid World XI might be a great outcome to those who don't play FIFA Ultimate Team that much, since they can play with the ICON cards now as well. You can think of this as the previous World XI team that was pulled off the games as of FIFA 17, with not much appreciation of the fans. The Soccer Aid team has an overall rating of 93 and only one of the players has an individual rating under 90. So if you cannot win a game with this team, you might as well sell your copy today!

As of now the team is added to the Fifa generator to randomize a nice match.

How to play with the Soccer Aid World XI team?

Playing with this team is very simple, but you have to adjust one tiny setting while in the screen where you can choose teams. As shown in the video below you have to adjust the "live form" to "on" before selecting your first team. So it adjusts the actual form of the teams and also give you the opportunity to choose the Soccer Aid team that stands under "rest of the world". That is basically it! 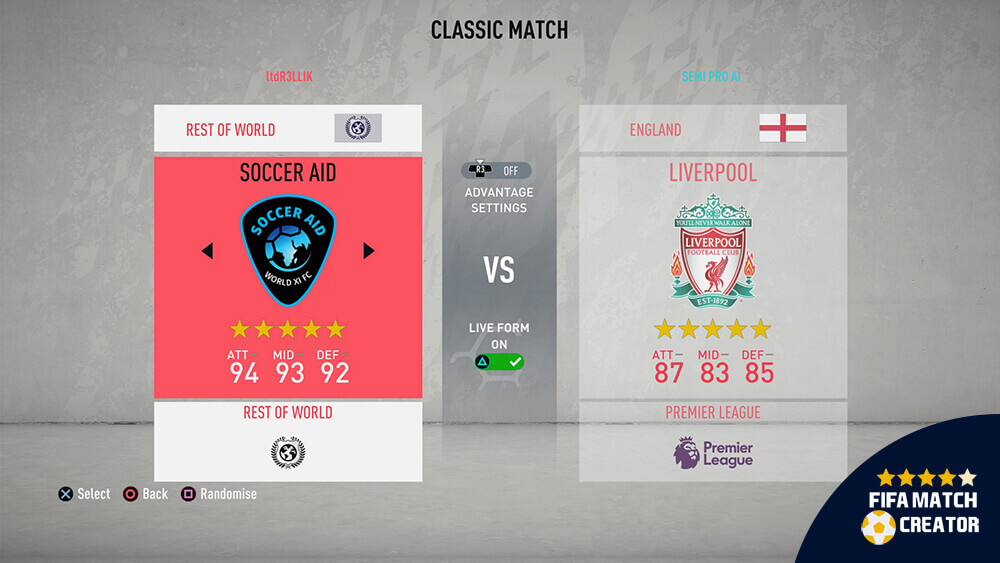 The basic formation of the Soccer Aid team is obvious you would say. The fact that you cannot put 35 players on the pitch must be the reason that they made a list with substitutes and reserves as well because none of these players have ever felt the cold of the bench in their career. On the pitch we see names as Pelé, Maradona, Zidane and Figo of course, but on the bench and even on the stand we can spot players such as Del Piero, Roberto Carlos, Kluivert, Crespo, Giggs, Essien, Keane and many more. Those names are not really what you call 'bench material'. All together they make a great diversity of players and a really nice squad to play with. Too bad none of us have ever had the delight of seeing them play together for real.

Starting 11 of the Soccer Aid team

The image below shows the starting 11 of the Soccer Aid team. 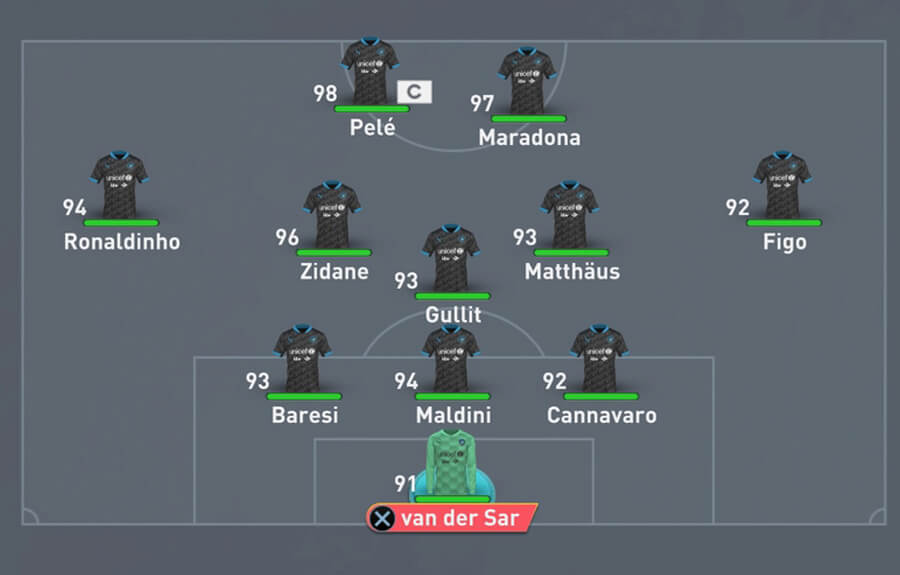 The image below shows the substitutes of the Soccer Aid team.

The image below shows the reserves of the Soccer Aid team. 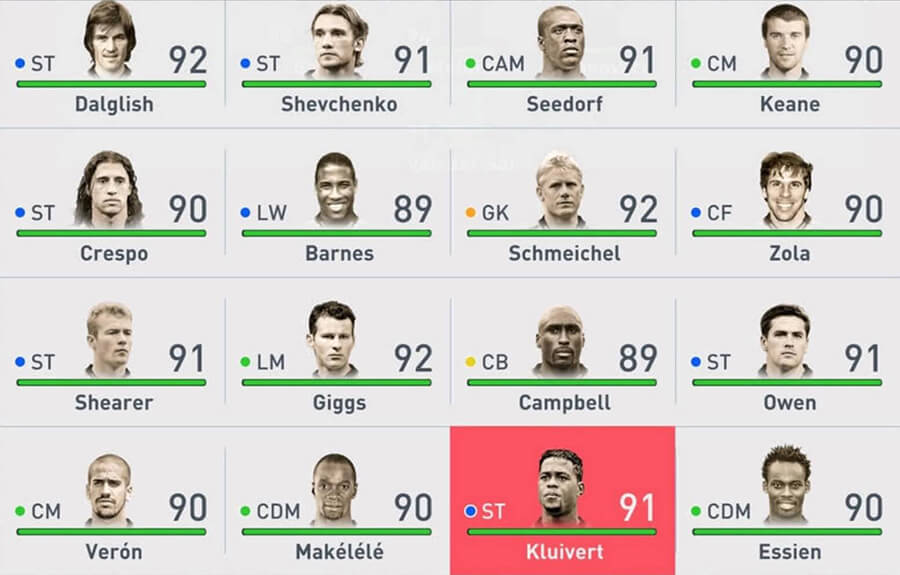 What players are in the Soccer Aid team?

A complete list of all the players on the Soccer Aid "payroll" and their ratings.